We cover everything from a new installation, a system upgrade to installing new radiators, replacing radiator valves and carrying out a central heating repair.

So, you’ve decided the time has come to finally replace your old boiler and give a much-needed upgrade to your heating system. The next question is, should I overhaul the whole central heating system and replace my radiators too, while I’m at it?

You may think all radiators are born equal, but you’d be wrong. Radiator performance has improved a huge amount in response to quality and performance regulations.

In fact, modern radiators can be up to 50% more efficient than their year 2000 counterparts. This increased efficiency leads to a decrease in energy bills, meaning that your new radiators will eventually pay for themselves.

Over time the metal pipes and radiators in your heating system can rust, this rust is collected by the water running through your system and returned to the boiler where it can collect. This collection of debris is called ‘sludge’ and it’s a good reason to replace old radiators.

Sludge can build up in old radiators and stop them from heating to full capacity. Powerflushing can sometimes remove sludge build-up but starting from £500 it’s a costly treatment without a guaranteed end result. Sludge formation will begin to build up again after the powerflush as there will still be corrosion occurring in your old radiators.

System filters can be fitted to the return pipes on your boiler, which collects sludge as it passes through using powerful magnets. This can cost anything between £150-£200 for the filter and installation. Many boiler manufacturers offer an additional warranty period if you install their system filter with your new boiler.

Gone are the days of radiators being a purely functional part of the home aesthetic. Modern radiators can be a focal point of a stylish room, with a wider range of styles and sizes than ever before. If you’re updating your boiler then not only can you increase the efficiency with a new radiator but you can also improve your home decor with a designer radiator.

If you’re thinking about installing new radiators then it would make sense to add thermostatic radiator valves too.

Installing a new, more powerful boiler can lead to leaks in older radiators, due to the pressure increase as water is pumped around the system at a more powerful rate. Leaks can be fixed relatively simply if you have a little DIY knowledge but it can be an unwelcome side-effect of a new boiler if you have older radiators.
Often some of the central heating components are forgotten about and never maintained which can lead to malfunctions or failures, At heathlands our fully trained and experienced heating engineers can investigate and diagnose problems quickly and will advise on the next steps to take.

If you’re thinking about a complete overhaul to your central heating system and wondering whether you need to replace the central heating pipework as well as the boiler and radiators, there are a few factors to consider.

If your boiler is ‘kettling’, also known as ‘dry boiler kettling’, the term for noise created by a boiler not working as it should do, then some further investigation is required. It’s called kettling as it sounds like a kettle boiling, makes sense so far.

So what causes kettling? I’m glad you asked. There are a few issues that can lead to kettling.

If you aren’t able to detect any leaks with a manual search, then it may be time to call in the experts, unless you fancy pulling up some floorboards.
Another common cause of kettling is a build-up of ‘sludge’, as described earlier in this article.

If your boiler is suffering from kettling, then you may want to get your pipework checked out prior to installing a new boiler to make sure it’s not causing any of the issues listed above. 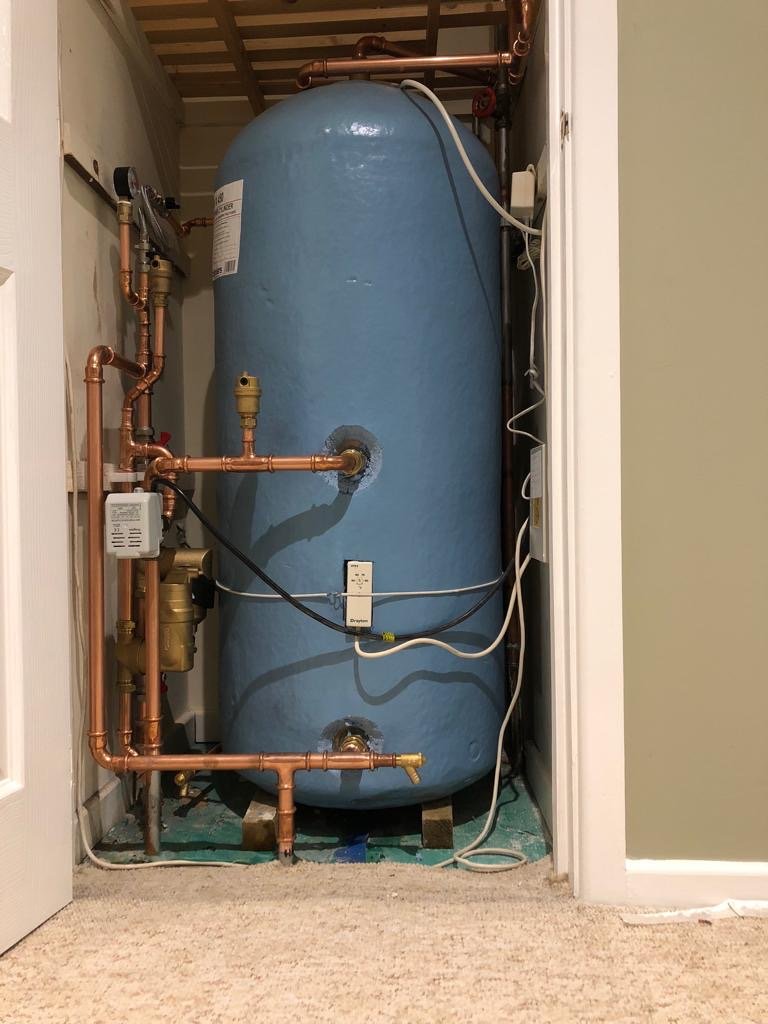 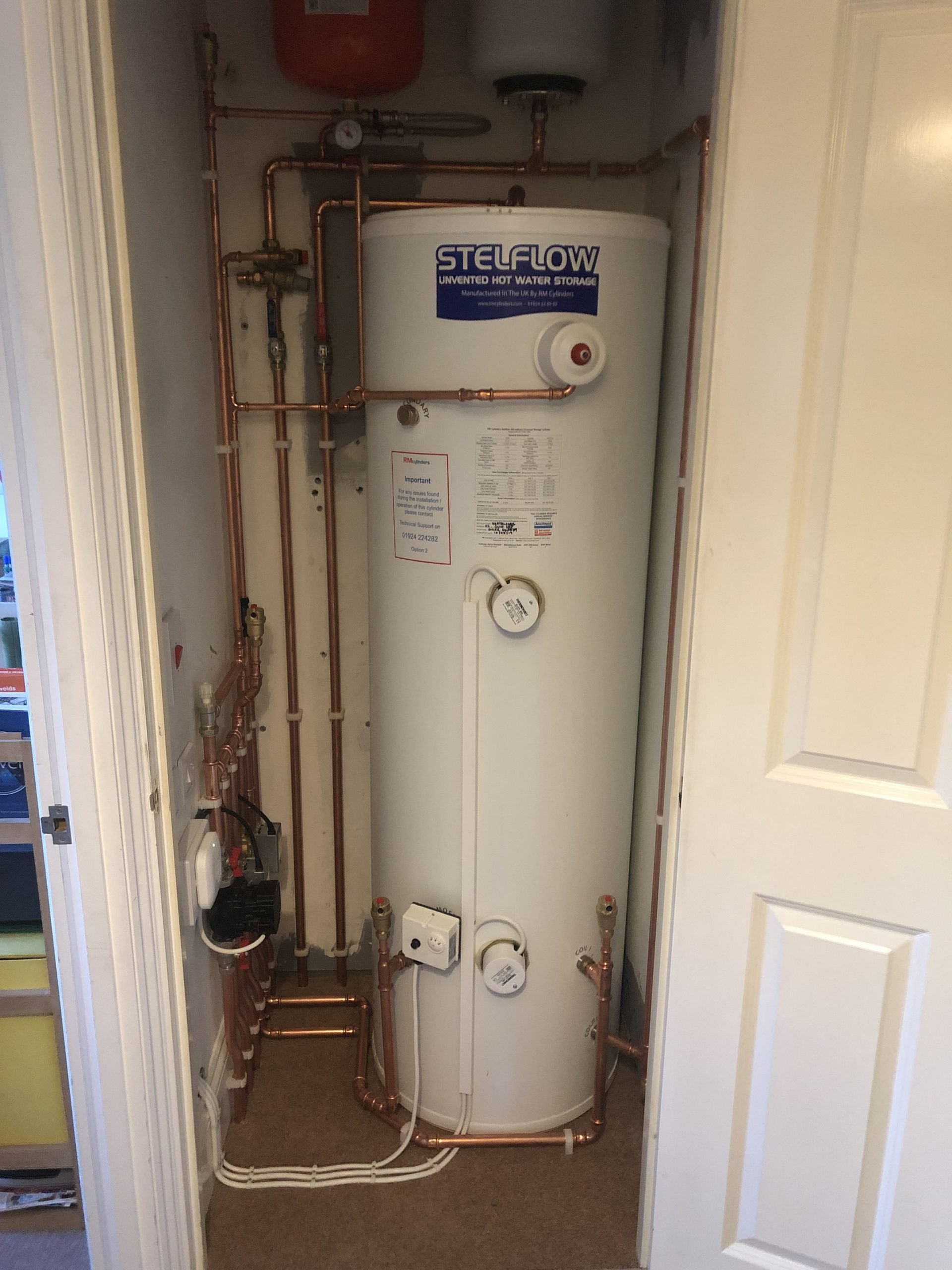 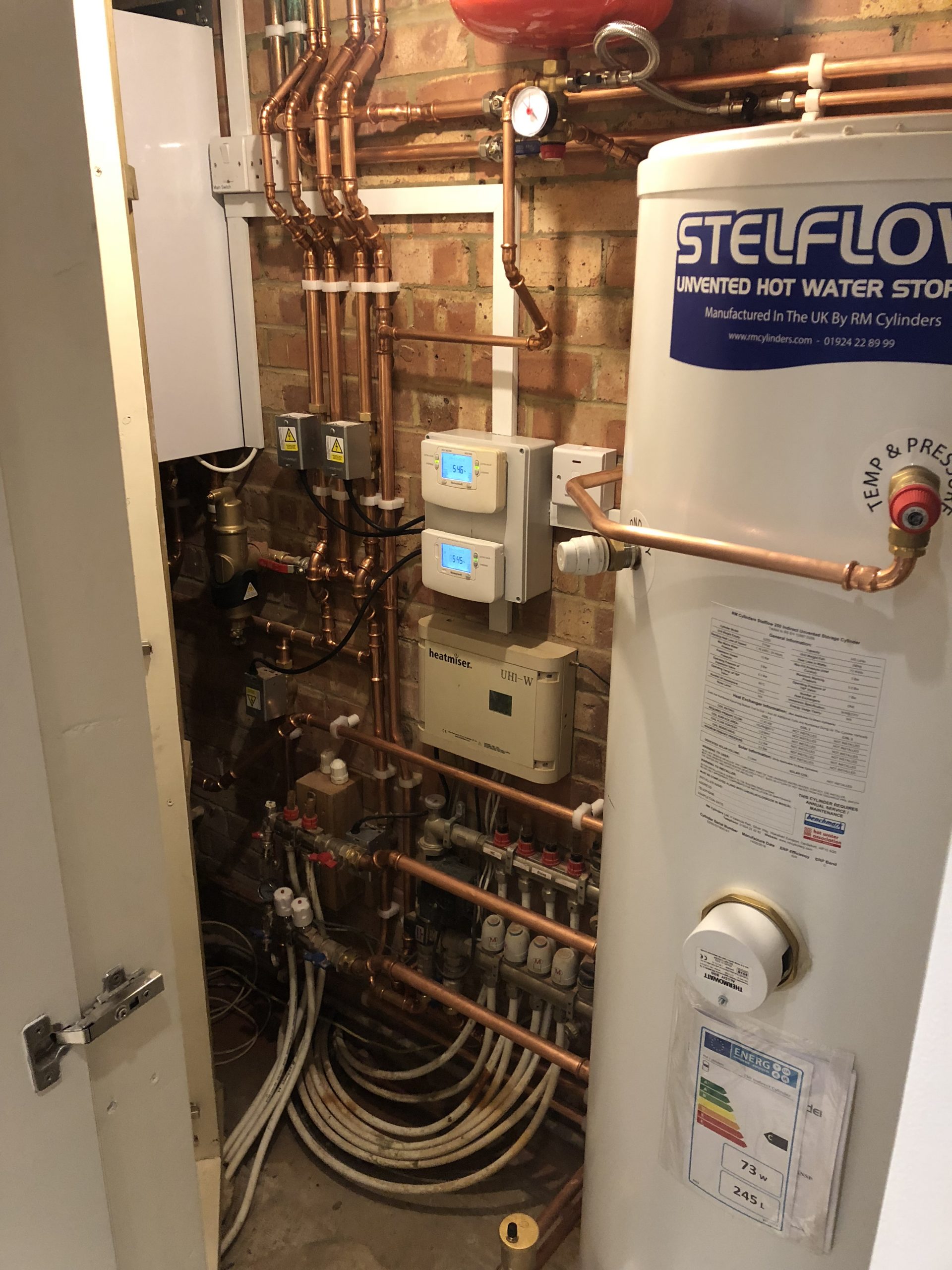 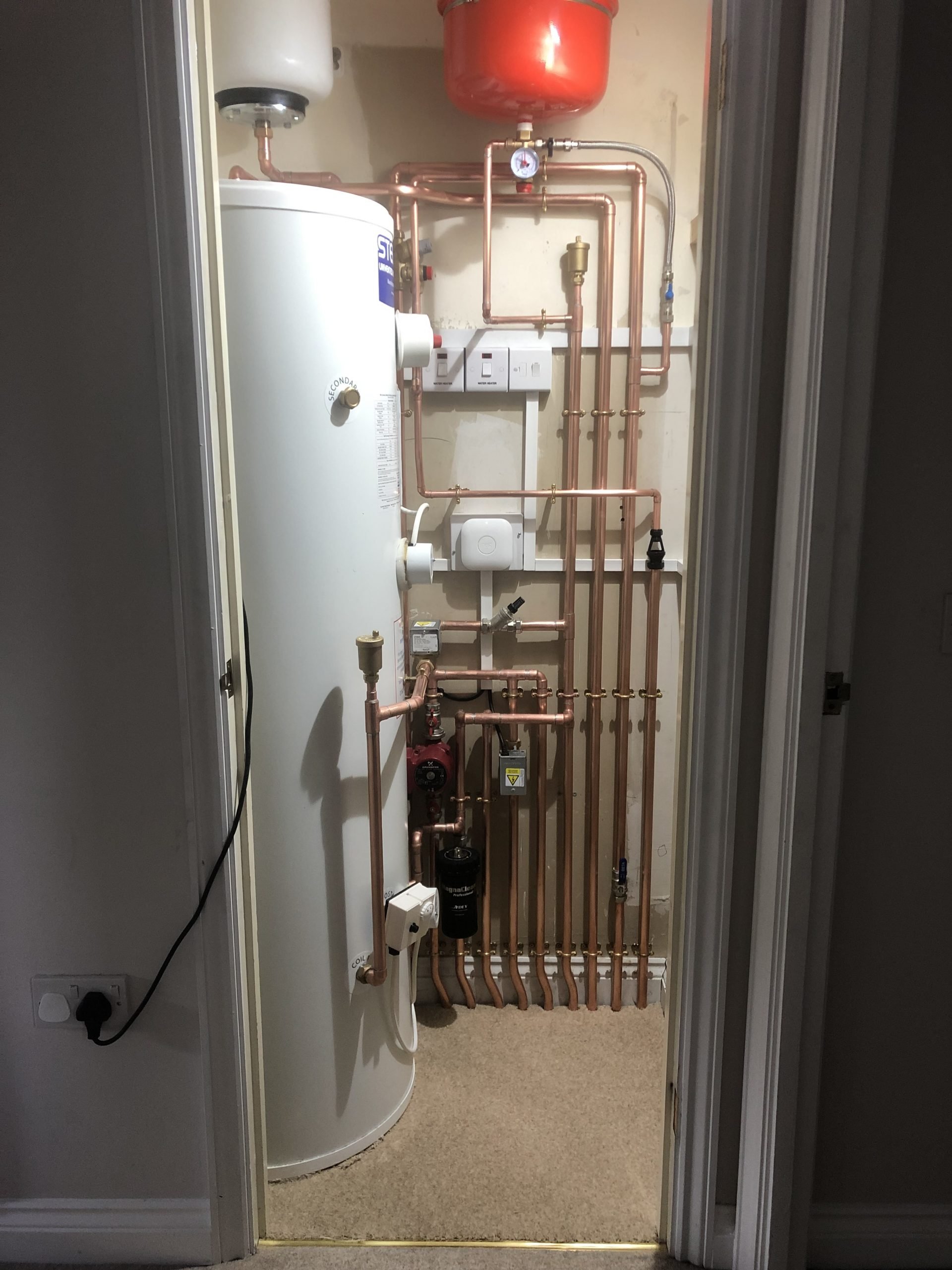 Still unsure about your central heating repair or upgrade?

If you are considering installing a new energy efficient boiler, you won’t maximise savings on your heating bill if it has to pump water through old, inefficient radiators and pipes, so an upgrade might be better than a central heating repair.

Whilst boilers are replaced every 10-15 years on average, radiators often get overlooked as they can’t ‘break down’ as such, but they can underperform. Radiators that haven’t been updated in the last 10-15 years will have a high likelihood of internal corrosion and sludge deposits, hampering efficiency and putting a strain on your heating system.

If you haven’t had a look at new radiators for a while, you’d be surprised how appealing the designs can be and just how many different styles are available. Gone are the days of white block radiators, you can now choose a radiator that will actively complement the style of your room.

Obviously, the cost is a consideration in deciding whether to replace your radiators at the same time as your new boiler; there are other cheaper options you may wish to consider to remedy any issues with the performance your radiators have, before committing to a larger spend.

We would recommend only replacing central heating pipework if it is causing an issue with your boiler, or if any pipes are leaking, as it isn’t worth the disruption and the cost otherwise.

Replacing your radiators when installing a new boiler is recommended if you can afford it, as there are a range of benefits to installing new radiators.

Always ask an expert if you aren’t sure of anything and need some additional advice. Don’t worry, we’re here to help you with your central heating repair or upgrade. Please just pick up the phone and speak to our friendly team on 01252 645589, or if you prefer, drop your details in the form below and we will contact you.

Do you need a plumber or heating engineer? Fill out this form to get in touch. We won’t use your information for anything other than getting in contact with you to see how we can help…

Page load link
We use cookies on our website to give you the most relevant experience by remembering your preferences and repeat visits. By clicking “Accept All”, you consent to the use of ALL the cookies. However, you may visit "Cookie Settings" to provide a controlled consent.
Cookie SettingsAccept All
Manage consent

This website uses cookies to improve your experience while you navigate through the website. Out of these, the cookies that are categorized as necessary are stored on your browser as they are essential for the working of basic functionalities of the website. We also use third-party cookies that help us analyze and understand how you use this website. These cookies will be stored in your browser only with your consent. You also have the option to opt-out of these cookies. But opting out of some of these cookies may affect your browsing experience.
Necessary Always Enabled
Necessary cookies are absolutely essential for the website to function properly. This category only includes cookies that ensures basic functionalities and security features of the website. These cookies do not store any personal information.
Non-necessary
Any cookies that may not be particularly necessary for the website to function and is used specifically to collect user personal data via analytics, ads, other embedded contents are termed as non-necessary cookies. It is mandatory to procure user consent prior to running these cookies on your website.
SAVE & ACCEPT
error: Content is protected !!
Go to Top